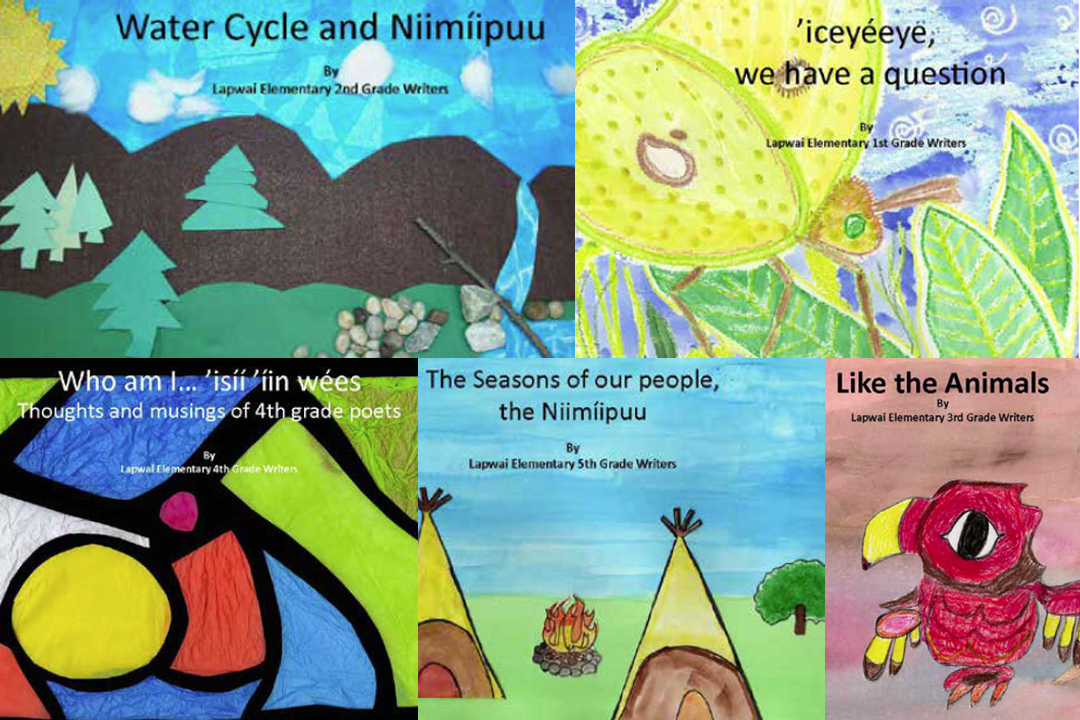 Assistant Professor Margaret Vaughn was instrumental in a project that created the Nez Perce Tribe’s first dual-language textbooks for the Lapwai School District. The students themselves helped make them.

Vaughn developed the project with a small cohort of Lapwai teachers, whom she met with monthly during the 2012-13 school year, to help them increase cultural responsiveness in their own teaching. Several of the teachers are recent graduates of the prestigious Wright Fellowship Program for educators working on their master’s degrees in curriculum and
instruction. The lead Lapwai teacher on the project was D’Lisa Pinkham.

The books were written and illustrated during the three weeks of summer school. Lapwai Elementary School students in kindergarten through fifth grade participating in the “Summer Youth Writing Project: Cultivating Stories, Writing Within an Indigenous Perspective” wrote and illustrated gradeappropriate texts relevant to Nez Perce culture. Nez Perce elders in the Nez Perce Language Program then translated the texts.

The resulting six dual-language books will be used as curriculum to enhance reading and writing skills. They were published by Blue Earth People Group, a publishing company owned by the late Arthur Taylor, who served as UI’s Native American tribal liaison.

“The goal of these books is to keep true to teachers, the tribe and the students — above all,” Vaughn said.

The books are the first of their kind, said Pinkham, who in May 2013 received her doctorate of curriculum and instruction from the College of Education. She said there were no culturally responsive books for Nez Perce students that took learning and connected it to their culture’s rich and diverse history.

“A lot of research shows that making a culturally responsive school increases academic success,” she said.

Pinkham and Vaughn worked together to gain community support by having Nez Perce elders, members and employees
come into the summer school classroom and share cultural artifacts, stories and artistic and scientific relevant information as a foundation for the books. The classroom teachers then built on that and helped the students develop the stories, illustrations and layouts for the books. The final product will be used as curriculum in future classes.

“It’s a first for our children and community,” Pinkham said.

The writing project and research was supported by grants from the Inland Northwest Community Foundation, a University of Idaho Seed Grant, and the Office of Community Sponsorship.